By uploading a photograph and selecting to conduct a face search, you understand that the photograph you uploaded will be collected and stored by InfoTracer and/or it’s processor(s) for the purpose of determining the identity within the photograph and to compare with facial images available from public sources and other resources. The photograph will not be disclosed by InfoTracer without your consent unless the disclosure if required by law or by a valid legal subpoena. The photograph will be permanently deleted from InfoTracer’s systems within a reasonable time after your search, not to exceed three years from the date of your search. A copy of InfoTracer’s Biometric Information and Security Policy for the use of photographs is included in our Privacy Notice.

InfoTracer.com is not a "consumer reporting agency" and does not supply "consumer reports" as those terms are defined by the Fair Credit Reporting Act ("FCRA"). By clicking "I Agree" you consent to our Terms of Service and acknowledge and agree not to use any information gathered through InfoTracer.com for any purpose under the FCRA, including, but not limited to, evaluating eligibility for personal credit, insurance, employment, or tenancy.

InfoTracer.com is not a consumer reporting agency as defined by the Fair Credit Reporting Act (FCRA), and does not assemble or evaluate information for the purpose of supplying consumer reports.

You understand that by clicking "I Agree" you consent to our Terms of Service and agree not to use information provided by InfoTracer.com for any purpose under the FCRA, including to make determinations regarding an individual's eligibility for personal credit, insurance, employment, or for tenant screening.

You understand that license plate and VIN searches are only available for a purpose authorized by the Driver's Privacy Protection Act of 1994 (DPPA). The information obtained from our searches is not to be used for any unlawful purposes.

You understand that by clicking "I Agree," Infotracer.com will conduct only a preliminary people search of the information you provide and that a search of any records will only be conducted and made available after you register for an account or purchase a report.

Conducting a search on InfoTracer.com is subject to our Terms of Service and Privacy Notice
Over 1 Million Satisfied Customers & More Than 5 Billion Records Searched!
Serving Customers for Over 11 Years!
Five stars is not enough to really rate your organization - Bernard R.
Great website! Simple format and reasonably priced too. - Melissa B.
Great service fast and friendly - Jonathan R.
I was able to find the information I was seeking - Kit A.
I used the service to find friends that I lost contact with since I moved to Florida - Kathleen S.
Friendly system you will be able to find most of the information you'll be looking for - Forduty Corp
I was looking for a Family member who fell off the map. Thank goodness these people found her! Thank you - Jacinta L.
I was able to locate the individual stealing my identity. Thank you. - Tanya M.
It helped me find exactly what I was looking for in under 5 minutes - Lexie B.
I found what I was looking for. Fast & easy! - Jennefer S.
Easy to use, thorough and gave alot more useful information than other web information services. Would highly recommend! - RBH
The best info on the net - Lawrence
InfoTracer gave very good results and the Customer Service was absolutely OUTSTANDING - Terry D.
I used this service and quickly retrieved the information I needed - C P
Found exactly what I was looking for. Excellent customer service! - Devi
As a former Public Health Investigator finding information such as this in one place is a real goldmine when speed is important - Samuel C.
A super service - this is a fabulous and reliable website! - Ileen S.
I enjoy infotracer it’s very accurate - Katty
Wonderful Service. Detailed information. - Walter B.
Received the information I needed and highly recommend this service - Nancy W.
Very accurate information from 35 years past. Shocked! - Romelia O.
Everything you said about the offer was true - David C
It's actually to the point and always updated - Stacey C.
Arrived as promised and shockingly accurate! - Douglas
Found out more than I even knew about myself. Scary but informative! - Kal
Super quick and very diligent! - Nahla C.
Accurate and fast tool - Nathalie
Infotracer has to be the best background search website that I have ever used! - Mildred R.
Positive experience, saw everything I wanted in one person's arrest record! - Brittany

What Does a Vital Records Search Report Include?

With most US states considering vital records as public information, the following data can be found with a simple search by name and state (based on coverage and restrictions): birth information, marriage records & marital status, divorce records, death records, family & relatives, assets, and much more.

In most US states, the minister or state official who legally marries a couple or the civil office where the event took place issues a marriage certificate. Marriage licenses become matters of public record, being managed and made accessible by the office of the local county clerk where the union was recorded. Similarly, filings in divorce proceedings (including the divorce petition) are typically kept as public records, unless a court agrees to seal them when a couple requests so.

Original birth certificates are usually public records (except adoption cases) unless some birth information is changed, case in which a new record is being issued. Deaths have to be recorded by local health departments within 3 business days of the passing and documented by the state in 5-7 days. Once the information is logged by the State Vital Statistics clerk’s office, it is also acquired by the National Center for Health Statistics (NCHS) for statistical purposes.

Our search reports may show immediate family members, spouses, children, parents, siblings, nieces, nephews, aunts, uncles, grandchildren, grandparents. Other blood relatives, in-laws, distant relatives including cousins, second cousins, and great-aunts could also be featured. When contact information such as phone number, last known home/mailing address, the email address is available for all of the above, it will be enclosed in our reports.

For an even wider picture, our public records lookup tool automatically scours, identifies, and extracts all available public records linked to someone you’re interested in. The information that could be available might include one’s personal assets acquired before or during a marriage (cars, real estate, aircraft, boats, or businesses), homeownership records, court records, bankruptcy filings, professional licenses, contact information, social & web details, and beyond.

What Are Vital Records? 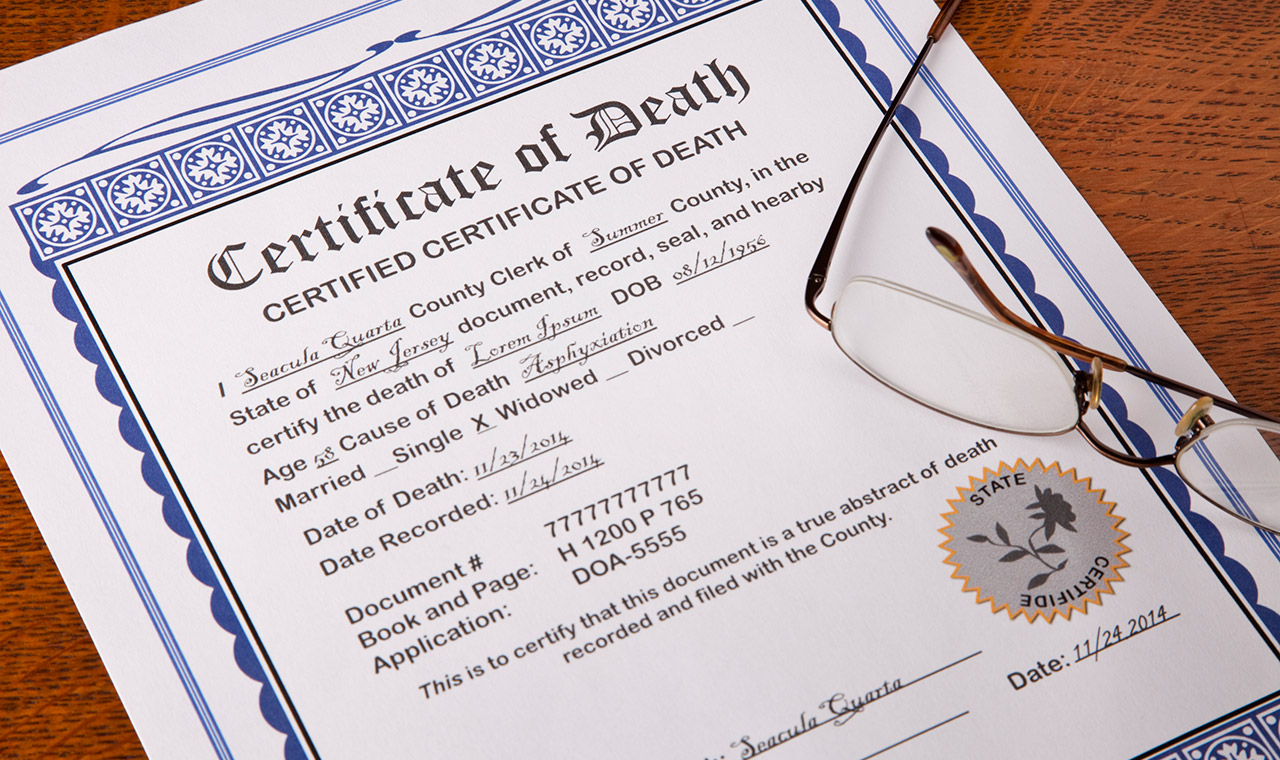 Vital records are the official cataloging of people’s major life events managed by governmental authorities and typically maintained at county and state levels. Vital public data is sourced from documents kept at the Office of Vital Records that mainly include birth certificates, marriage licenses and/or marriage certificates, divorce certificates, separation agreements, and death certificates. In some US states, vital records could also cover records of domestic partnerships or civil unions. As vital records are usually open to the public, in many cases they can be consulted by someone who works for a governmental authority or in person. The National Vital Statistics System collects and publishes federal statistics regarding vital data and health topics collected from the NCHS and each dedicated state department office.

Marriage records are vital records held by each state’s Department of Public Health. During the past 3 decades, a significant decrease in marriages was noticed. For instance, during the 1990s, the United States marriage rate indicated 9.8 marriages per 1,000 individuals, whereas, in 2019, it stood at 6.1 per 1,000 people.

Public marriage records usually conceal sensitive personal information such as the couple’s dates of birth, or current residences. For complete access to all marital records or certified copies, the interested person must be a legal representative of either married partners or their name must appear on the record. Such services would generally be provided by official or government sources.

Divorce records are typically considered public information unless a court rules otherwise. The highest divorce rates in the US are in Arkansas (13%) South Dakota (12.1%) and Oklahoma (10.8%), while the lowest divorce rates are registered in N. Dakota (4.7%), Rhode Island (4.9%), and New York (5.7%). The legal grounds for divorce could fall under two categories:

States With the Highest Divorce Rates

States With the Lowest Divorce Rates

Physical copies of divorce decrees can be obtained from the county clerk's office of the court that issued the document, by submitting a request or asking for a certified copy of the divorce certificate from the local Vital Records Office.

Birth records include data from birth certificates. The number of births registered in 2019 was 3,747,540, at a US birth rate of 11.4 per 1,000 people. Birth certificates are filled by the attendant at birth or a hospital administrator, then forwarded to a local or state registrar, who stores the record and issues certified copies of vital records upon request. In US jurisdictions, birth records are restricted from public access for the first 25 to 100 years.

Depending on the state, access to birth information is granted only by request and only to the persons mentioned on the record (child, birth parents), eligible persons and their legal representatives, immediate family members when the subject is deceased, or to any person specifically authorized by a court order. Requesters might have to submit supporting documents that prove their eligibility to access the birth record.

Death records are managed by every state's Vital Records Office as well as by numerous Department of Health offices. Their information is typically available to the public, but sensitive details such as the cause of death could be disclosed exclusively to the decedent’s spouse, parent, or legal guardian, siblings, adult children and grandchildren, legal representatives of eligible parties, people authorized by a court order or with a direct interest.

The information comprised by death records can only be retrieved by request, from the appropriate office, and details like the decedent’s name, the date, and place of the death. Death records are the primary source of information for national statistics and research, for instance, according to the NCHS, the life expectancy for US residents is 78.7 years. In 2018 were recorded 2,839,205 deaths at a death rate of 867 deaths per 100,000 population.