How To Block Unwanted Calls, Spammers, and Robocalls? 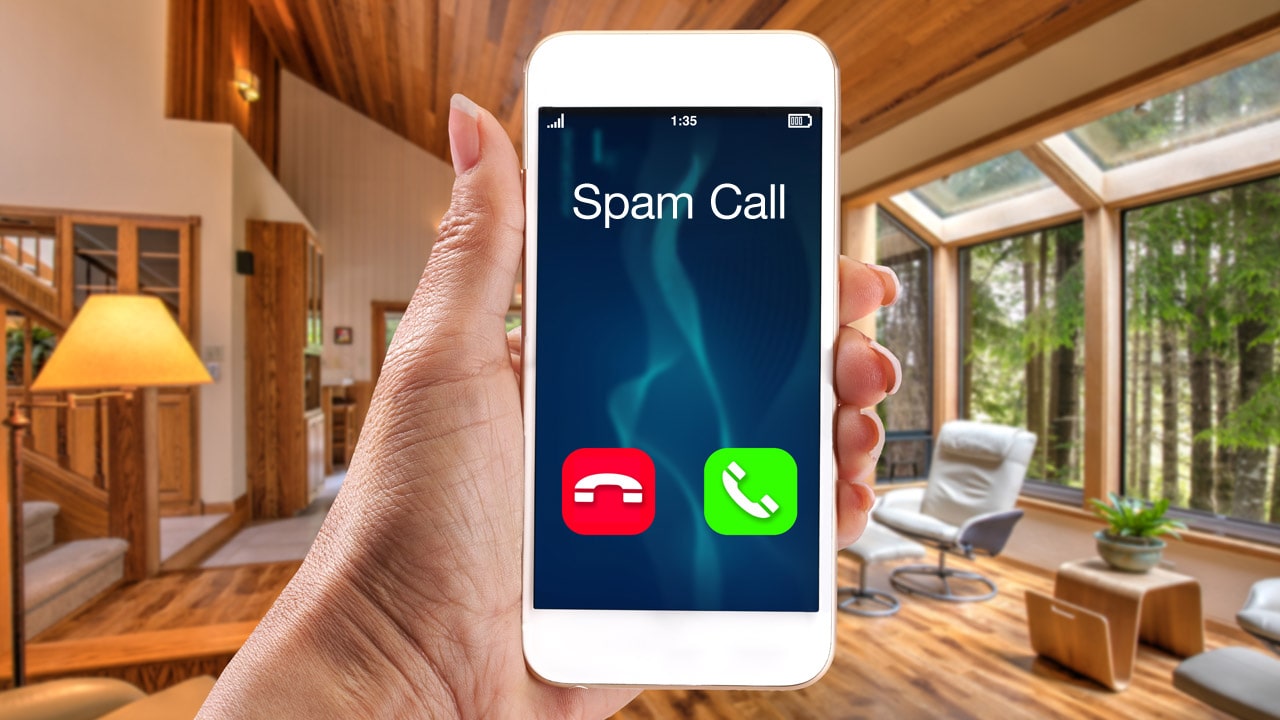 If you are like most people, you get a ton of unwanted spam calls every day. It’s annoying, frustrating, and wastes a lot time dealing with it. The government is scrambling to pass legislation that will do something about the problem, but in the meantime, you can learn how to how to stop scam calls and how to report scam phone calls to rid everyone of this issue. Read on to be a part of the solution to block unwanted calls, spammers, and robocalls.

Dealing with Robocalls or Phone Scammers 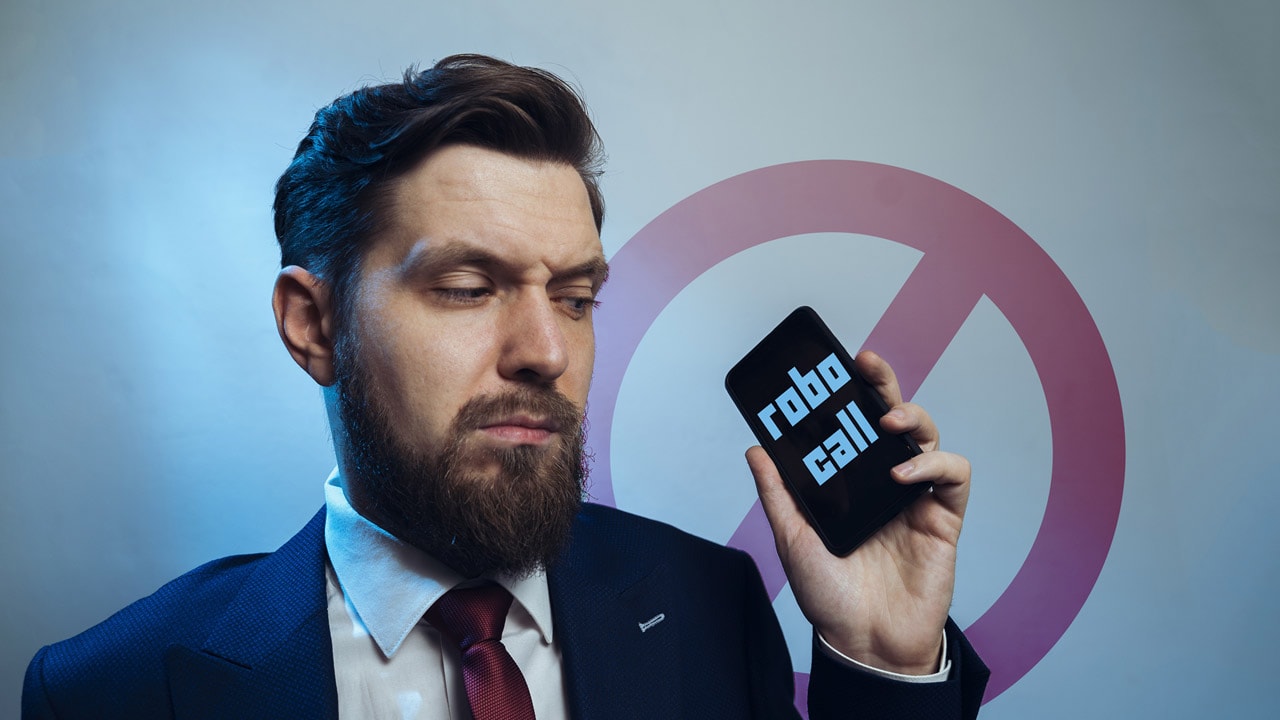 Criminals looking to make a quick buck use online software to make thousands of calls at once. They hope even just a few people pick up the phone and become snared in their web. Spammers do not respect the Do Not Call Registry, so although it’s good to have your number on there, it won’t stop the crooks.

The best way you can handle it yourself is to learn how to block spam calls on your device and report the phone numbers to the authorities and add those numbers to the master list of spammers.

How to Trace a Robocall or Spam Call

Along with blocking spam calls, if you want to further help the authorities by reporting the actual number and location where the call originated, you can try tracing robocalls or spam calls.

One of the best ways to trace spam calls is by using third-party call-blocking apps. Many of these software programs have sophisticated technology allowing you to see where the call came from. A few of the top-name apps for this purpose are:

Nomorobo
$1.99/month
Endorsed by Verizon, Nomorobo is a trendy call blocking app that identifies the spammer and filters out calls you don’t want and even helps you report the call to the authorities. The cost of this app is $1.99/month.

Hiya Caller ID and Block
$4/month
is another app that targets known scammers using an extensive database blacklisted scammer numbers. This app even blocks telemarketers and identifies spoofed phone numbers. You can also enter a suspicious phone number into the app to determine whether or not it is spam. You can try the free version but will have to pay about $4/month to use the full version.

Robokiller
$2.99-$3.99/month
is another top-notch app aimed at blocking and identifying spam calls. You can also pre-record messages that will play when a scammer calls. Depending on your type of phone, this one costs between $2.99-$3.99/month.

Truecaller
$2.99/month
is a unique app that blocks phone calls and text messages from spammers. It identifies the caller by comparing the number against a massive list of blacklisted spammer numbers. You can manually look up numbers to see if they are spam calls and call friends and family from inside the app. This app includes ads, but you can pay $2.99/month to remove them.

How to Stop Spam Calls 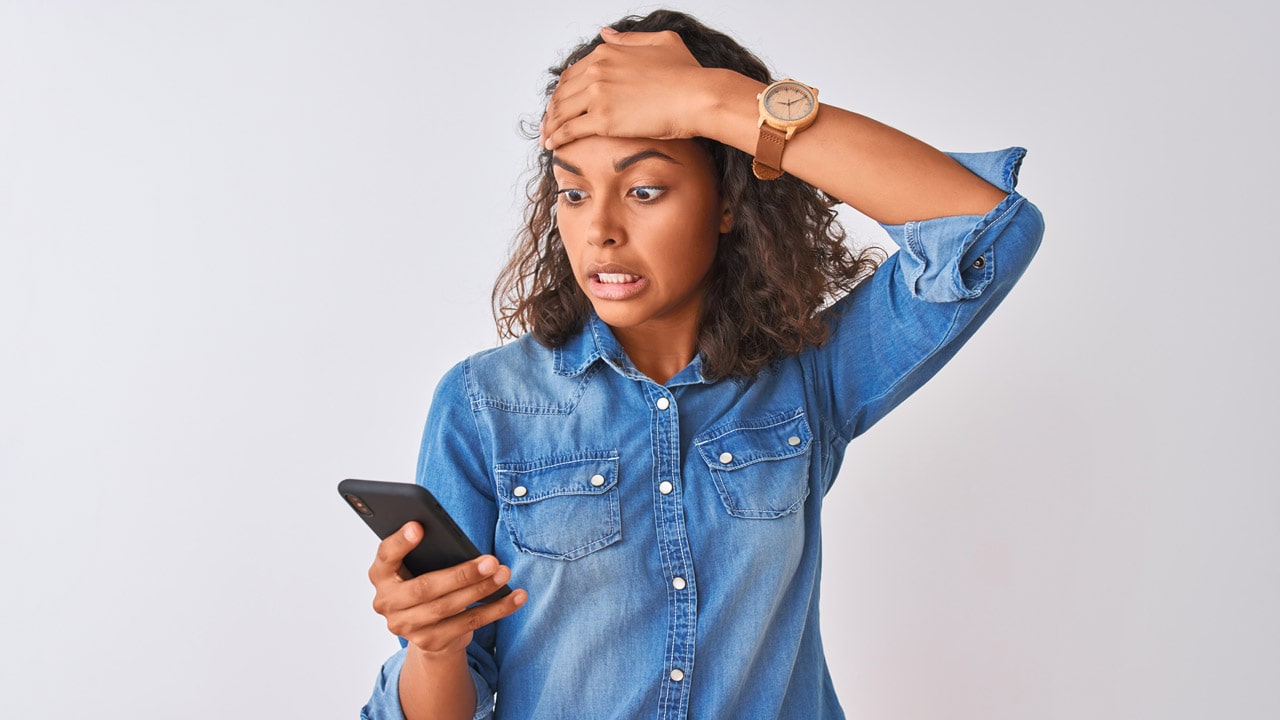 Identifying the caller is great, but now you need to know how to stop scam calls. The best way to stop robocalls and spam calls is to block them. There are a few ways to do this, and it sometimes depends on the type of device you use.

Thankfully, both iOS and Android include built-in tools to block unwanted phone calls from spam callers or others you don’t want to hear from.

Ever since mobile phone numbers went public, the volume of spam calls increased by a lot. It provided criminals with a much larger playing field and more potential victims. Thankfully you have a few options for blocking calls on a mobile phone manually or automatically.

Both iPhone and Android phones have mechanisms baked right in that you can use to block calls. You can set it up, so the phone blocks the call automatically, or if you identify a spammer yourself, you can block it manually.

To block a call manually on an iPhone, go to Phone > Recents. Tap the info button next to the caller you want to block. Tap Block this Caller and then tap Block Contact. Unfortunately, many spammers use various phone numbers, so it may not stop all of them.

To block the call manually on an Android phone, go to Phone > Recent Calls. Tap on the number and then tap Block or Report as Spam. Confirm the block, and you are all set.

Both platforms also have a feature you can turn on to block calls automatically. In iOS, go to Settings > Phone and use the toggle switch to turn on Silence Unknown Callers. Be careful with this setting; however, it may block wanted calls too.

Android also has this feature, and you can turn it on by going to Settings > Block Unknown Callers.

Use Your Phone Carrier to Block Spam Calls

Because spam calls are such a widespread problem, phone carriers have also developed tools to help their customers. Most of them use a new technology called SHAKEN/STIR to identify and block these spammers. Each of the major carriers has paid and unpaid call blocking programs you can use. You can also opt-out of them if you prefer to get all calls. 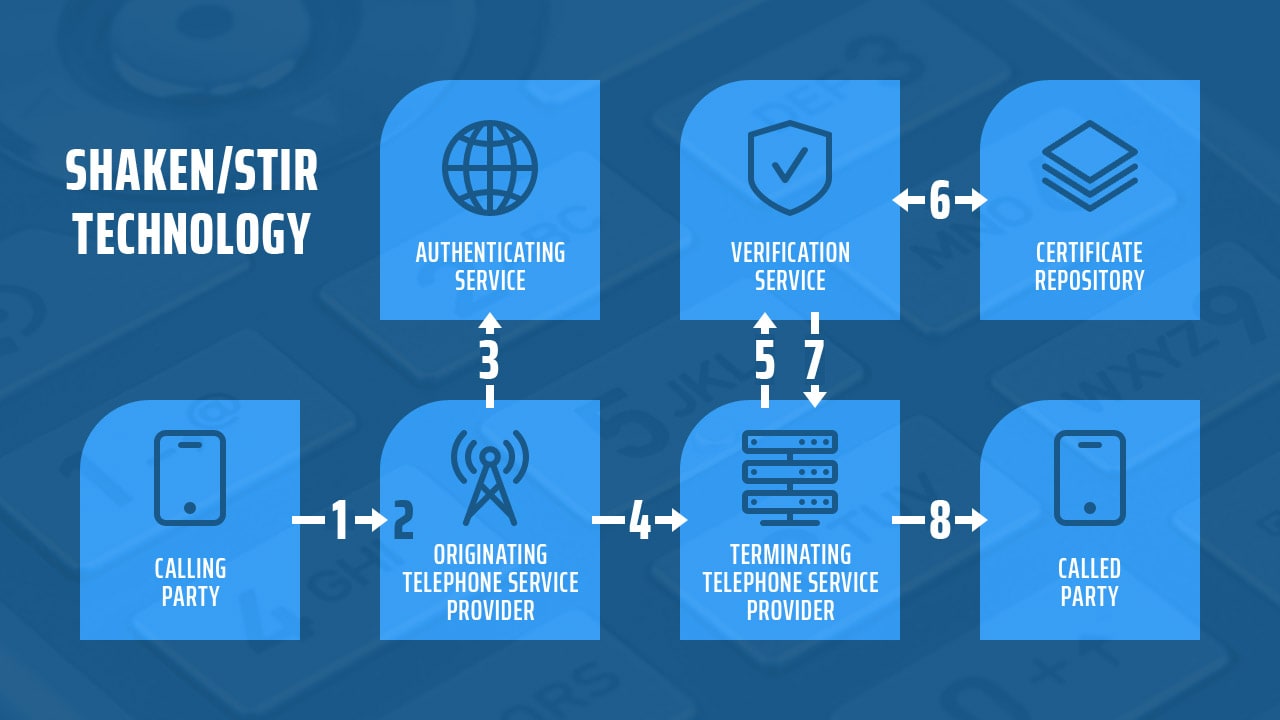 Verizon
$2.99/month
Offers its customers a call blocking solution called Call Filter that filters out more than 300 known spam phone numbers. You can download the app from the App Store or Google Play Store, but you’ll have to pay $2.99/month.

AT&T
$3.99/month
Call Protect is another paid service that helps users learn how to block spam calls and includes spam blocking apps you install on your phone. They also provide fraud prevention services. AT&T has a free basic plan and a paid plan with enhanced Caller ID and Reverse Number Lookup for $3.99/month.

T-Mobile/Sprint
$4/month
Offers a spam caller ID feature with call blocking. Their offering will show you the name, number, and location of the caller. This information might help you report spammers more effectively. You can even set it up to send some calls directly to voicemail. The cost is around $4/month.

Blocking Unwanted Calls on a Landline

Many people have gone cordless, but some still use a landline, and these too can receive an enormous number of spam calls. First, to block calls on a landline, contact your phone carrier to find out what type of call blocking services they offer.

If your phone carrier does not offer much protection or help, you can purchase a third-party call-blocking device that uses blacklists to block spam and robocalls. Some of them will automatically send the caller to voicemail. You may have to perform a little research online to find the best product. 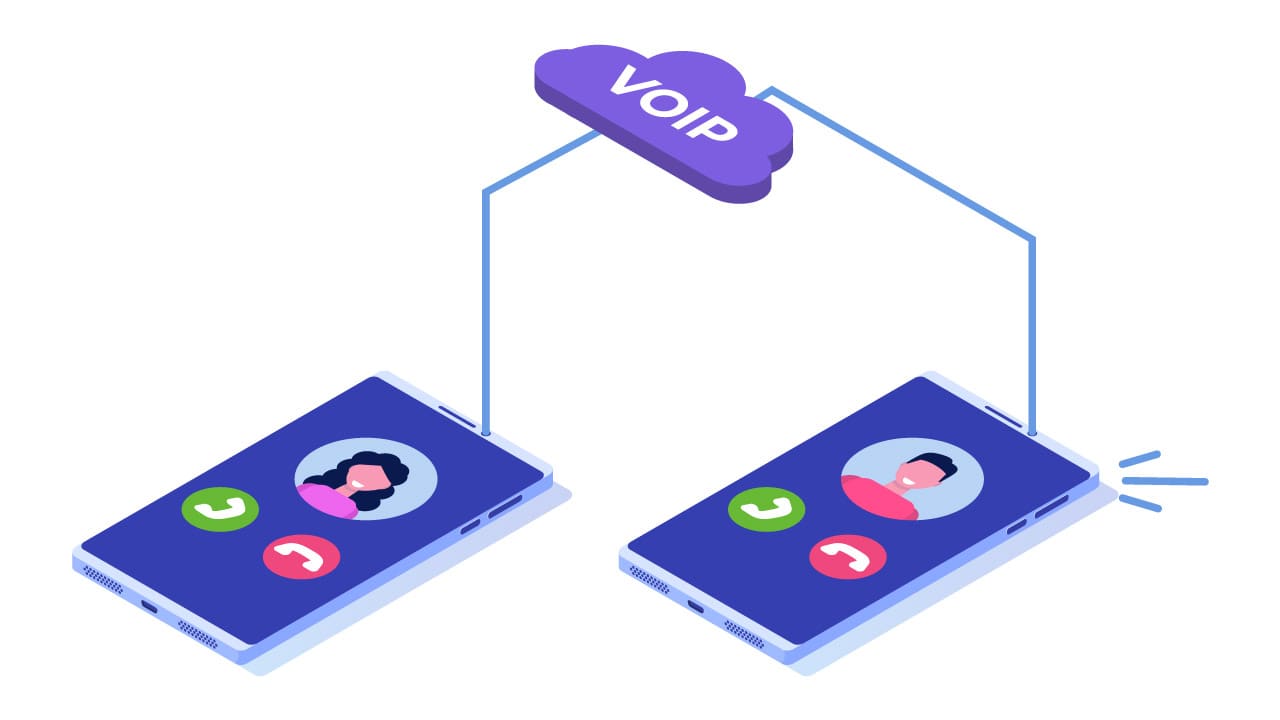 Blocking Unwanted Calls if You Use VOIP

VOIP is another popular way to save money on phone services. If you use your ISP (internet service provider) as your phone carrier, you can contact them to block unwanted calls. Typically, they will have tools or services to help. Some may be free, but you will probably have to pay for the service. Some of these devices or software apps will block the calls automatically. In other cases, after identifying the call as spam, the phone will stop ringing and go straight to voicemail. 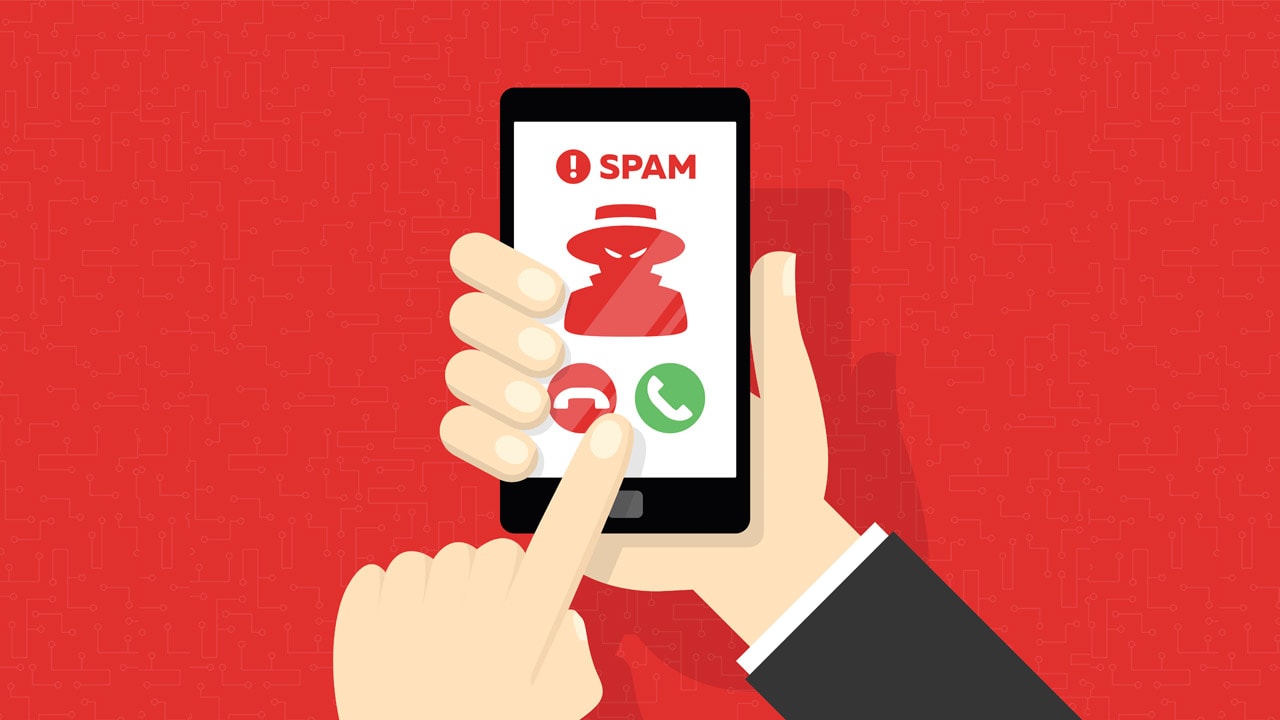 Another way these spammers trick unsuspecting victims is through caller ID spoofing. They use hardware and software to make millions of calls in minutes. Their technology tricks your caller ID into displaying a call from what looks like a legitimate source such as the IRS, Social Security Administration, or a local call. Always be careful when using caller ID and don’t trust what you see.

How to Report Scam Phone Calls

The FTC gets more complaints of spam calls every year than any other type of issue. They urge you to get your number on the Do Not Call Registry, which will cut down on legitimate sales calls, but since criminals don’t respect that list, it won’t stop scam calls.

The best thing you can do is learn how to report scam phone calls and do it immediately whenever you get one. Not only will it help you, but also millions of other victims. The more numbers reported, the better these solutions can block unwanted calls for you.

To report these spam phone calls, contact the FTC. You can call them at 1-888-382-1222 or find them online. Jot down the spammer phone number to report and log each one with the FTC to help crack down on these criminals.

How to Stop Scam Calls 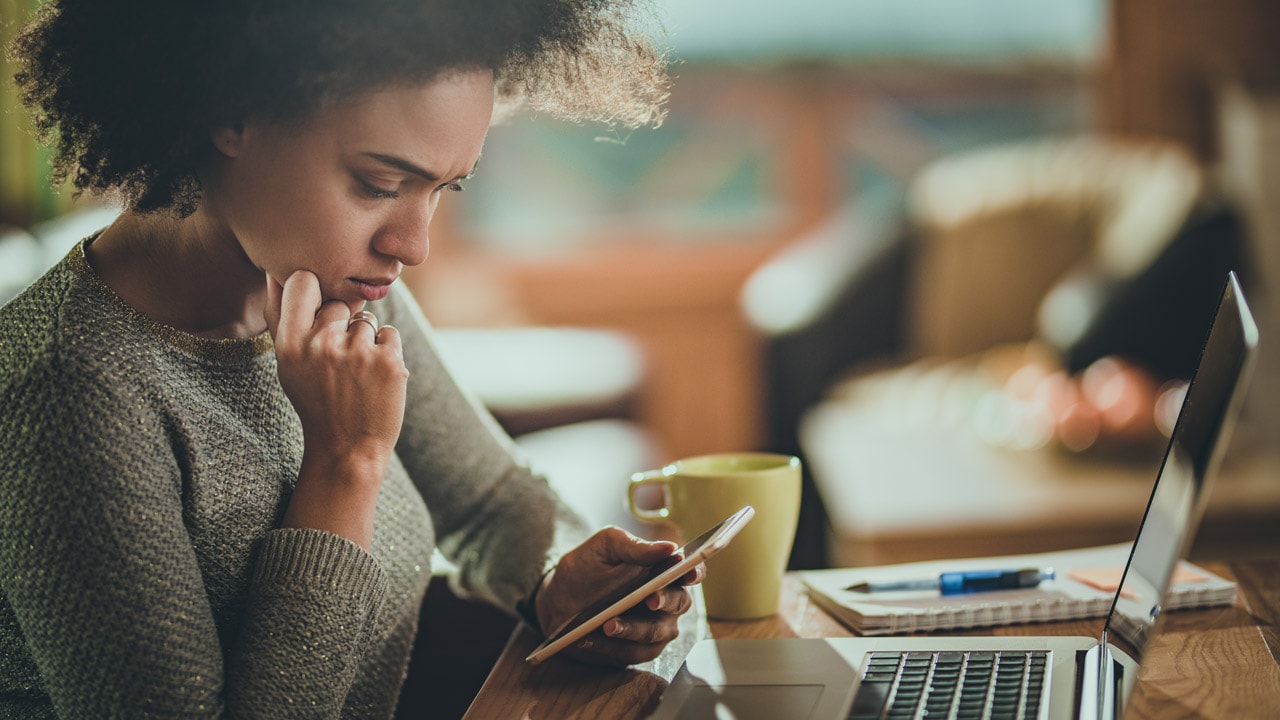 Now that you know how to block spam calls and report them, some additional tips to stop scammers from getting to you are:

If you do answer a scam call and become a victim, report it to the local authorities, contact the FTC and FCC and your phone carrier. You might want to change your passwords and logins to prevent further damage if you gave out any personal information.