Texting a guy for the first time can be a ridiculously stressful ordeal, especially if you don’t really know him well or are new to the digital age of dating. If you got his number the old-fashioned way (asking for it in person) and are ready to reach out, here are a few pointers essential to making your first text to him successful:

Guys hate it when girls seem too clingy, and they definitely aren’t turned on by it, either. When you finally text him, do it only once. Sending multiple texts when he doesn’t respond right away screams that you have nothing better to do than stare at your phone.

Text Only During Acceptable Hours

Don’t text a guy too late at night or too early in the morning. Sending a message at all hours of the night makes it look like you have no life and probably party like a teenager. Try to keep it between the hours of 8 a.m. and 10 p.m.

DO NOT cross the line when you text a guy the first time and send any kind of photo or sex-charged comment. You don’t want to come across as only looking for a hookup.

Send a text that he’ll want to respond to – “What’s up?” or “Hi there” are pretty boring to read and won’t make him remember to take the time out of his day to text back. Send something more exciting like “So nice meeting you – when can we do it again?” or “Have you seen the new XYZ series? Wanna watch it together?”

Once again, texting after he says he can’t talk right now or is going into a meeting or other scheduled event says you’re too needy. If he wants to talk after his event, you’ll hear from him – trust us.

Don’t beat around the bush when texting a guy. You don’t want to be too pushy, but you also don’t want to seem like a wilted flower waiting to be rescued. Men like confident women, and you can express this through texts without seeming like you’re too good for him, too. Texts are notorious for not always coming across as they were meant to, so don’t overanalyze what a guy “really” meant when he sends a reply that seems less direct than you were hoping for. It’s simply a waste of time.

Keep It Short and Sweet

Please don’t send a paragraph the first time you send a text to a guy. Just a sentence or two, with a greeting and question, is enough to garner a response from him if he’s interested. Long texts are boring and most people don’t want to take the time to read them.

Why are you texting him? Don’t be afraid to ask for what you want. Do you want to see him again this weekend? Do you need a date to a wedding? Ask for it and don’t apologize. Men aren’t any good at beating around the bush in general, so it’s best to just be direct and get the answer outright rather than waste your time getting to the punchline.

How do You End a Text Conversation With a Guy you Like?

Don’t carry on the conversation too long. When it starts to die down, leave him wanting more and say you’ll talk to him soon. Do be clear about whether you expect him to text you back or if you will reach out next. Carrying on a conversation when there’s nothing of value happening any longer can just turn him off and leave your interactions classified as a legitimate snore.

Texting is definitely different than a phone call or talking in person, as it’s more difficult to gauge a person’s reaction to what you’re saying. Also, remember that you shouldn’t text anyone if you haven’t met them in person. A treasure trove of information retrieved from a phone number can give creeps your location, workplace, and even family member identities. If you keep these tips in mind and trudge on with a confident mindset, it really won’t matter to you in the end whether he responds like you want him to or not. And when that comes across in your texts, he’ll be intrigued and likely reach out for more anyway. 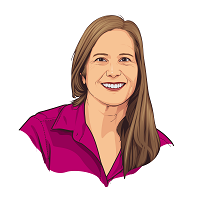