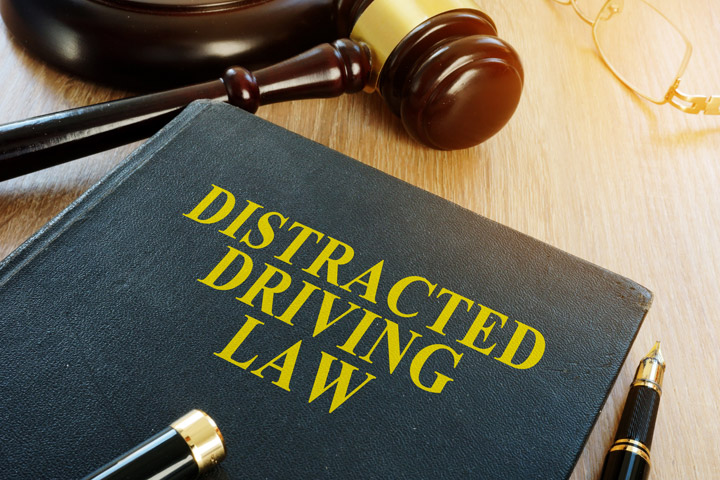 Since cell phones have been created, they have caused a threat to driver safety in the United States. Cell phones cause a driver's mind to be distracted by speaking on the phone. As cell phones have advanced, the ability to send text messages has created an even greater danger to drivers and pedestrians alike. What makes texting much more dangerous is that both hands are off the wheel, and the driver is looking down while they are texting. Car accidents can be caused by not looking at the road for one second. Texting creates such a distraction to drivers that the United States has seen a spike in car accidents since texting became available on cell phones. In 2007, Washington became the first state to ban texting while driving. Since Washington’s bold decision, many states have decided to create legislation protecting citizens against the dangers of texting and driving.

Mobile phones that were installed in cars first became widely popular in the United States in the 1990s because it enabled consumers to be in touch with their family, friends, or business partners when they were outside of their homes or offices. While at the time, this invention seemed like a wonderful convenient idea; it was the beginning of having a safety issue related to talking and texting while driving. The first mobile phone was sold in the United States in 1984 for $3,995, and it was substantially larger than the cell phones drivers are using today. However, the sale of that cell phone launched a new era of people in the United States always wanting to stay in touch, unfortunately, even when they are driving.

In 1993, texting was first introduced to the market and was primarily available on Nokia phones. While texting at first was just traditional text on green screen phones, it quickly changed how individuals communicated and ended up creating a temptation to converse while doing many daily activities, including driving. In 2007, is when the cell phone market created another product called the Smartphone, which changed how individuals communicated and interacted once again. What made the Smartphone wonderful is that it was able to browse the internet and support Apps. However, the Smartphone did increase the temptation to use it while driving. Due to the increased use of both Smartphones and standard cell phones, 9% of fatal crashes involve distracted driving. Due to these shocking statistics, many states have decided to change their policy of cell phones and texting while operating vehicles.

Legislation in Response to Distracted Driving in the United States

Depending on the state, there are different ways that offenses committed by distracted drivers are codified into statutes. States have also created additional distracted driving laws that focus on novice drivers and school bus drivers. It is important to carefully check each state’s laws to be sure you are in compliance.

There is currently a hand-held cell phone ban in 19 states, Washington D.C., Puerto Rico, Guam, and the U.S. Virgin Islands. The 19 states that currently have a hand-held cell phone use banned are Arizona, California, Connecticut, Delaware, Georgia, Hawaii, Illinois, Maryland, Minnesota, Nevada, New Hampshire, New Jersey, New York, Oregon, Rhode Island, Tennessee, Vermont, Washington, and West Virginia. For Utah, they have created their legislation slightly differently and created an entire category for Distracted Driving offenses. The number of states that have a hand-held cell phone use ban is increasing, and many are applying special provisions to driving in a school zone or for novice drivers.

Cell Phone Bans Based on Age or Profession

Many states have taken more drastic measures towards driving with cell phones but have divided them by age or profession. Currently, no state has banned the use of cell phones while driving outright. States have been cracking down on novice drivers because of the great danger their new driving skills adds to the road when they are on their cell phones. There are currently 38 states along with Washington D.C. that have banned the use of cell phones by novice or teen drivers. The states that have banned the use of cell phones for novice drivers are Alabama, Arizona, Arkansas, California, Colorado, Connecticut, Delaware, Georgia, Hawaii, Illinois, Indiana, Iowa, Kansas, Kentucky, Louisiana, Maine, Maryland, Massachusetts, Michigan, Minnesota, Nebraska, New Hampshire, New Jersey, New Mexico, North Carolina, North Dakota, Ohio, Oregon, Rhode Island, South Dakota, Tennessee, Texas, Utah, Vermont, Virginia, Washington, West Virginia, and Wisconsin.

Text messaging is banned for drivers in 48 states and Washington D.C. Puerto Rico, Guam, and the Virgin Islands have also banned text messaging while driving. The two states that have not made outright text messaging ban laws are Montana and Missouri. Missouri has started to follow the nationwide trend but is still limiting their text messaging ban to novice drivers.

Do Any States in the United States Have Unique Regulations
Related to Texting While Driving? 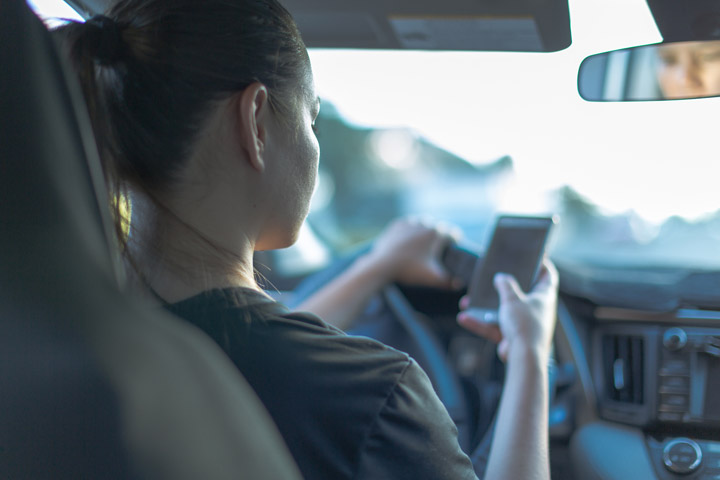 What Are the Punishments for Texting While Driving?

Even though many states have created legislation to protect drivers and pedestrians from the dangers of distracted driving, it is going to take a long time to reduce the habit of using cell phones while driving. Policy makers are still debating alternative incentives to using cell phones while driving, particularly for texting. There have been attempts to put buttons on steering wheels but these options still do not directly address the driver’s mind being distracted. In the coming years, it is highly likely that more states will take stricter action with regards to distracted driving in an effort to protect the safety of the public.