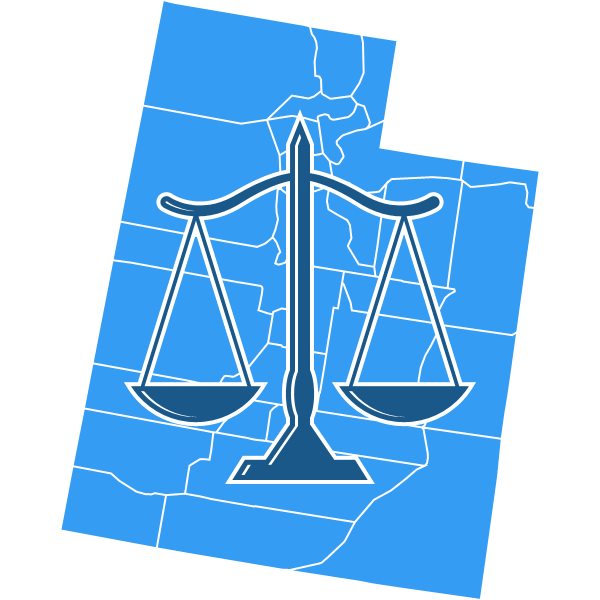 The Utah Court System is comprised of a Supreme Court, Court of Appeals, then trial courts including District Courts, Juvenile Courts, and Justice Courts. Additionally, the Judicial Council and Administrative Office of the Court are integral parts of the justice system as they provide support and administration to all the courts in the state. The state of Utah is divided into eight judicial districts with trial courts in each one.

Utah’s Supreme Court is the highest court in the state and the court of last resort. It consists of five justices, and they each serve ten-year terms. All justices vote to select one to be the Chief Justice for four years and they select another to be Associate Chief Justice for two years. They hold regular sessions in Salt Lake City but can travel around to hear oral arguments in other parts of the state.

Along with appeals, the Supreme Court has supervisory direction over all lower courts and hears all first-degree felony and capital offense cases. The Supreme Court also has the authority to handle appeals from administrative agencies like the Public Service Commission, Tax Commission, School and Institutional Trust Lands Board of Trustees, Board of Oil, Gas, and Mining, and the State Engineer.

Utah Court Records That are not Open to the Public

Most Utah Court Records will be available to the general public. They have courthouse records which patrons can pick up in person, but they also have an online “fee-based” system to search records going back to 2010. What will not be available are private or sealed records like adoptions, civil commitments, expunged cases, juvenile cases, child welfare issues, termination of parental rights along with other private matters like some divorce cases, custody battles, and other judicially sealed records. Additionally, public court records will not contain personal information like home addresses, children’s names, social security numbers, corporate trade secrets, and other items.

Many of the cases tried in Utah courts will be with self-represented litigants, and therefore, Utah’s Courts website has a whole section for self-help. It is broken down into sections for types of court cases like family issues, housing, juvenile problems, domestic abuse, consumer issues, and criminal offenses. In this section, patrons of the courts can find common forms for filing, guides, and brochures to help navigate the process and contact information to contact the court for additional details, ADA accommodations or direction on who to contact about their case. The courts can also provide a list of attorneys to assist with cases.

The person conducting a court records search does not even need a reason, and they don’t have to ask permission. All records will be online except for those sealed by court order or other laws.

Use Infotracer today to get instant free access to Utah court records in most courts for the state. The best way to look up cases online is to use a Utah court records search by name. The results will include cases from Utah district courts and justice courts in all eight judicial districts in the state.

Utah’s District Courts are the general jurisdiction trial courts for the state. Seventy-one full-time judges serve the District Courts. The state is split into eight judicial districts. The Utah Courts website has a Gallery of Judges with biographies of each one. The types of cases tried in District Courts are felonies, misdemeanors, civil lawsuits, sex and drug offenses, divorces, child support and custody, adoptions, probate matters, other criminal issues like arson, forgery, murder, and robbery. District Courts also hear appeals from administrative agencies. These courts use trials with juries and sometimes bench trials as well.

Juvenile Courts in Utah are at the same level as District Courts; however, their jurisdiction is exclusive to youths (anyone under the age of 18), who commits a crime or is abused, neglected or dependent. There are 31 full-time judges and one and a half commissioners that serve Juvenile Courts. These courts hear cases on child custody, child support, visitation, termination of parental rights, and also mentally ill children who may need to be admitted to certain hospital facilities. Appeals from Juvenile Courts go directly to the Court of Appeals and then if necessary, the Supreme Court.

Utah’s Justice Courts are the limited jurisdiction courts for the state and are established within counties or municipalities. They mostly handle Class B and Class C misdemeanors, local ordinance violations, small claims, and other territorial infractions. County Justice Courts use judges who are appointed by the county commission, and they serve six-year terms. Municipal Justice Courts have judges who are appointed by city officials, and they serve six-year terms as well. Some judges float between the two venues. These judges do not need to be lawyers before becoming judges. However, they are all required to attend extensive legal training. There are 108 Justice Court judges serving the 134 counties of Utah. 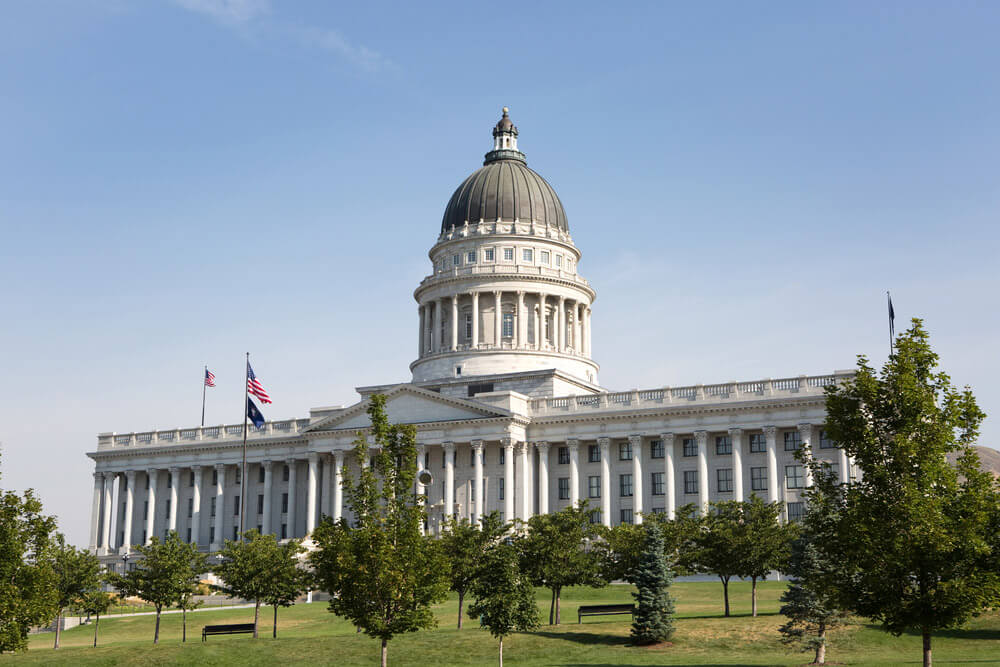