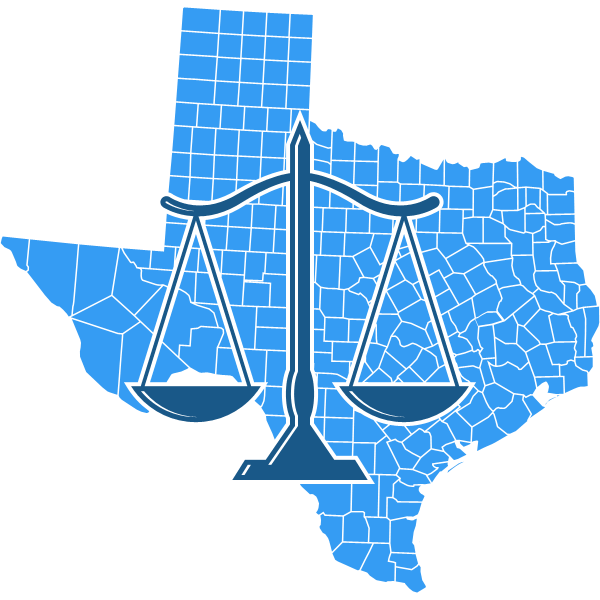 The Supreme Court of Texas is the highest court in the state and the court of last resort. Texas is split into 11 administrative, judicial districts. The Governor appoints a presiding judge in each district to a four-year term. The Supreme Court has a Chief Justice and eight Justices. They are elected into office in staggered, six-year terms. In the event of a vacancy, the Governor can appoint a temporary justice to serve out the remainder of the term. The Senate must confirm the Governor’s selection before they take the seat. Justices have to be at least 35 years old, citizens of Texas and licensed attorneys for at least ten years before becoming a justice.

The Supreme Court is located in the town of Austin, Texas and is the only entity allowed to license attorneys and appoint members of the Board of Law Examiners (administrators of the Texas bar examination).

Texas Court Records That are not Open to the Public

Most court records in Texas will be open to the public. However, Rule 12 of the Judicial Administration clearly lists those items that will not be available in public court records. They are as follows:

Texas makes it easy for patrons of the court to file their cases. They have a section on the Texas Judicial Branch website called “Rules and Forms” where users can download the forms they need and review the rules of the court. Forms are broken down into categories for types of cases. Additionally, Texas has an e-filing option called eFileTexas, which is mandatory to use for all criminal cases, and civil cases can use this system as well. They allow patrons of the court to select from a variety of e-filing vendors. Users must register for an account to begin using the system.

Anyone can conduct a court records search privately without any reason or special permission. Most records will be available online except those which have been sealed by a court order or law.

Texas’ District Courts are the general jurisdiction trial courts for the state. There is at least one District Court in each county. In some instances, with low populations, one District Court may serve several counties. These courts can handle felony cases, domestic relations cases, civil matters of $200 or more, land title cases, election content cases, tort cases, probate/estate matters, juvenile cases, and administrative agency appeals. Although most District Courts serve both civil and criminal matters, in some densely populated areas, they may specialize into family courts, juvenile courts, civil courts or criminal courts.

According to the Texas Constitution, each of the 254 counties has the right to have a County Court. However, not all County Courts perform judicial functions. In some cases, the judges focus instead on the administration of the county government. County Courts have original jurisdiction over Class A and Class B misdemeanors. They can also handle appeals from Justice Courts and Municipal courts except where special County Courts at Law have been created. In more heavily populated counties, County Courts are split off into divisions to handle probate matters exclusively. Probate Court exist in 10 of the 15 largest metropolitan areas of the state.

Per the Texas Constitution, each county in the state must create at least one and up to eight Justice Court precincts, depending on the population and needs of the people. Each Justice Court precinct may have one or two Justices of the Peace to preside. These courts have original jurisdiction over Class C misdemeanor cases which include petty crimes. They can also handle minor civil disputes, resolve tort cases and contract disputes, deal with traffic violations, issues search or arrest warrants and may even double as the county coroner in some counties. Justice Courts are the small claims courts for Texas.

Each incorporated city of Texas also has a Municipal Court. Some of the larger cities have multiple Municipal Courts depending on caseload. Municipal Courts are limited jurisdiction courts with original and exclusive authority over city ordinance violations. Within the city limits, however, they have concurrent jurisdiction with Justice Courts over Class C misdemeanors and petty crimes with small fines. These courts can charge penalties of up to $2,000 related to zoning, public health, fire safety, and sanitation issues. Judges in Municipal Courts may also issue arrest and search warrants.