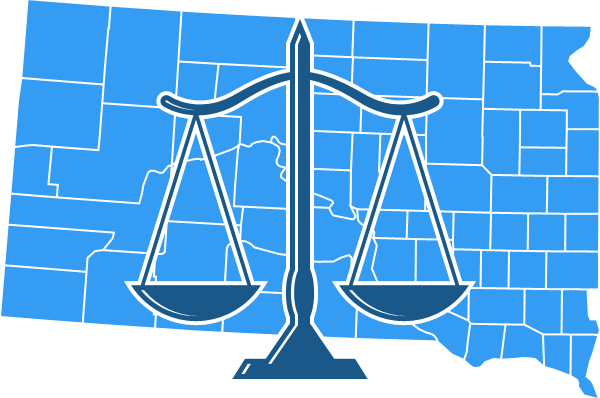 The unified justice system of South Dakota consists of a Supreme Court, Circuit Courts, and Magistrate Courts. It is one of the most straightforward court systems in the United States.

The Supreme Court is the highest court in the state and the only appellate court. South Dakota's Supreme Court has one Chief Justice and four Associate Justices. They are appointed by the state Governor from five judicial districts. They first serve three-year terms and then if re-elected they serve an eight-year term. All the justices vote on a Chief Justice to serve as the head of the judicial system.

Along with the main trial courts, South Dakota has split out divisions called "problem-solving courts" to address things like drug and alcohol addiction and veterans’ issues.

Although they use a simplified justice system, South Dakota has an extensive judicial branch website with resources for the public, litigants, attorneys, and the internal court staff.

South Dakota Court Records That are not Open to the Public

Many court records in South Dakota will be available online and in person at the courthouses. Patrons can contact the Court Clerk to obtain copies of most files. However, confidential and sealed records will not be available, and this may include juvenile and adoption records. They have all criminal court records online from 1989 until the present. For civil cases, they go back to 2003. The federal government prohibits the inclusion of personal identifiers and other private information from being included in public court records. Therefore, things like home addresses, bank information, social security numbers, tax IDs, children's names, and other types of information will be redacted from the files before they are made public.

South Dakota's Judicial Branch website is organized well for the self-represented litigant and the general public. The site has an entire page of forms, legal assistance, along with quick links for areas of interest on domestic violence, parenting help, mediation and resources for veterans. Additionally, they offer an e-filing option and allow users to make payments for fines, fees, and other court-related charges and file documents electronically. They also have a court records search so individuals can find their own case or look up a case they are interested in. The court provides detailed guides to ease patrons through the process of filing a court case.

Anyone can conduct a private court records search without reason or obtaining any permission. The only court records that will not be available are files sealed by court order or by state laws such as juvenile records.

Domestic relations caseload of South Dakota at year end of 2016 has increased by 6.5% compared to the last 5 years.

South Dakota's Circuit Courts are the general jurisdiction trial courts for the state. South Dakota is divided into seven judicial circuits, and there are forty-one Circuit Court judges who preside over these circuits. Judges in South Dakota are elected to eight-year terms, or the Governor may also appoint them. These courts have original jurisdiction over civil and criminal matters. They can hear felony cases and civil actions of $10,000 or more. They also take on domestic relations cases and can process appeals from Magistrate Courts. In each circuit, one presiding judge is chosen by the Chief Justice of the Supreme Court.

Magistrate Courts in South Dakota are the limited jurisdiction courts for the state. They may be presided over by a lay magistrate or a magistrate judge. The judges must be licensed attorneys but the lay magistrates need only be high school graduates. These courts process very minor criminal cases and simple, low-dollar civil actions. They can also perform marriages, issue warrants, hold preliminary hearings, set bail, receive depositions, appoint counsel, hear non-contested small claims cases of less than $12,000 and accept pleas for class 2 misdemeanors. 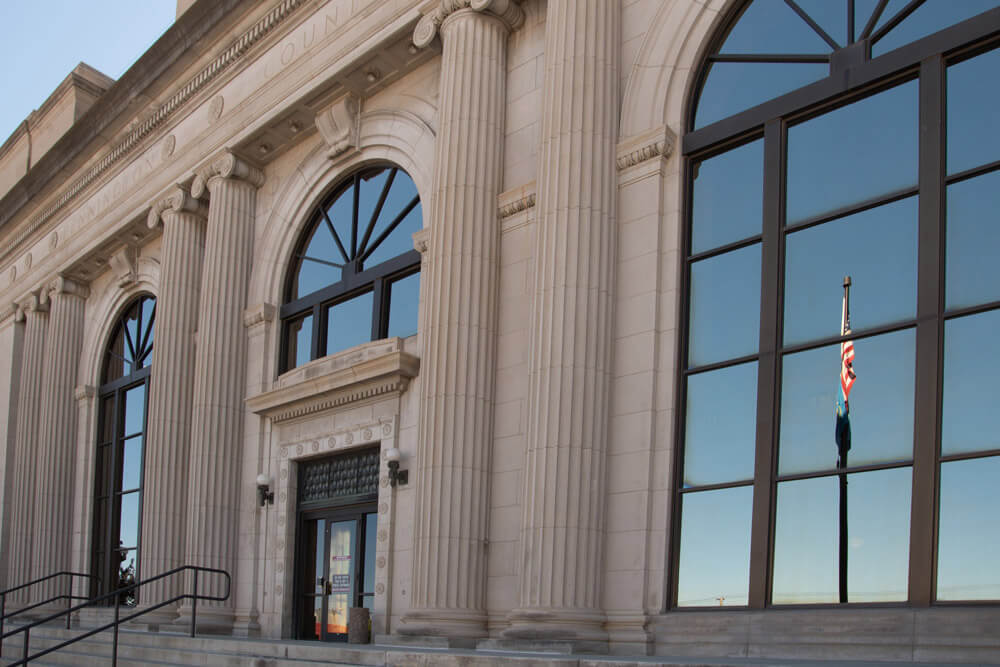