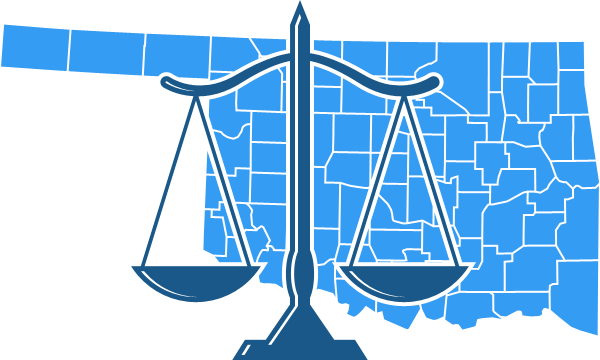 The Oklahoma Court System consists of a Supreme Court and then two types of appellate courts, a Court of Civil Appeals and a Court of Criminal Appeals, and then the District Courts. There are also three types of specialized courts which fall outside the standard judicial branch tree, and they are a Workers’ Compensation Court of Existing Claims, Court of Tax Review, and Municipal Court.

The District Courts have a substantial number of judges totaling 75 district judges, 77 associate judges, and 89 special judges. Supreme Court justices serve six-year terms and must be thirty years old and practice law for five years before being elected into office. They also must maintain their law license during the time they serve as a Supreme Court justice.

Municipal Court Not of Record

Oklahoma Court Records That are not Open to the Public

The Oklahoma State Courts Network website includes a court records search feature for many types of cases. However, not all court records will be available. Typically sealed, expunged and juvenile records, along with records regarding adoptions, guardianships and victims information will not be shown to the public. Additionally, the federal government also has laws prohibiting specific information like children’s names, home addresses, tax IDs, social security numbers, trade secrets, and other personal or sensitive data from being shown on publicly available court records. These types of things will be redacted from the files.

Most residents and patrons of the court system will use District Courts. Each District Court is listed on the Oklahoma State Courts Network website with the judges, a photo of the court clerk, the hours of operation, phone, fax and other contact information along with the address of the courthouse. Litigants can file in person at the courthouse with the Court Clerk. Oklahoma provides links to common legal forms for filing via a third-party website called LegalAidOK.org. Although Oklahoma does not allow e-filing for patrons, they do have a portal where users can pay fees and fines online.

Did you know you can use Infotracer to find Oklahoma court records quickly and easily? The search engine allows you to access hundreds of Oklahoma court cases, including the areas of Oklahoma County, Tulsa County, and Cleveland County. According to the Freedom of Information Act and the Oklahoma Open Records Act Title 51 Oklahoma Statutes § 24A.1 et seq., you can review criminal court records, family and probate cases, civil disputes and bankruptcies.

A court records search may be performed privately without providing any special information. You don’t even need a reason to search. Most records are available except in cases where the record is court-ordered private or confidential by law.

Use Infotracer today to get free instant access to Oklahoma court records. The best way to look up cases online from Oklahoma district courts in all 26 judicial districts is to use an Oklahoma state court records search by name.

Domestic relations caseload of Oklahoma at year end of 2012 has decreased by 0.0% compared to the last 1 years.

Oklahoma District Courts are the general jurisdiction courts and called the “backbone of the judiciary.” They are where most patrons of the courts will come in contact with the legal system. These courts hear both civil and criminal matters. There are nine presiding judges assigned to District Courts and voted in by their peers. These nine judges meet monthly to discuss management of the courts and the administration of justice. Appeals from District Court go either to the Court of Criminal Appeals or the Supreme Court. There are 26 judicial districts with District Courts in each one. 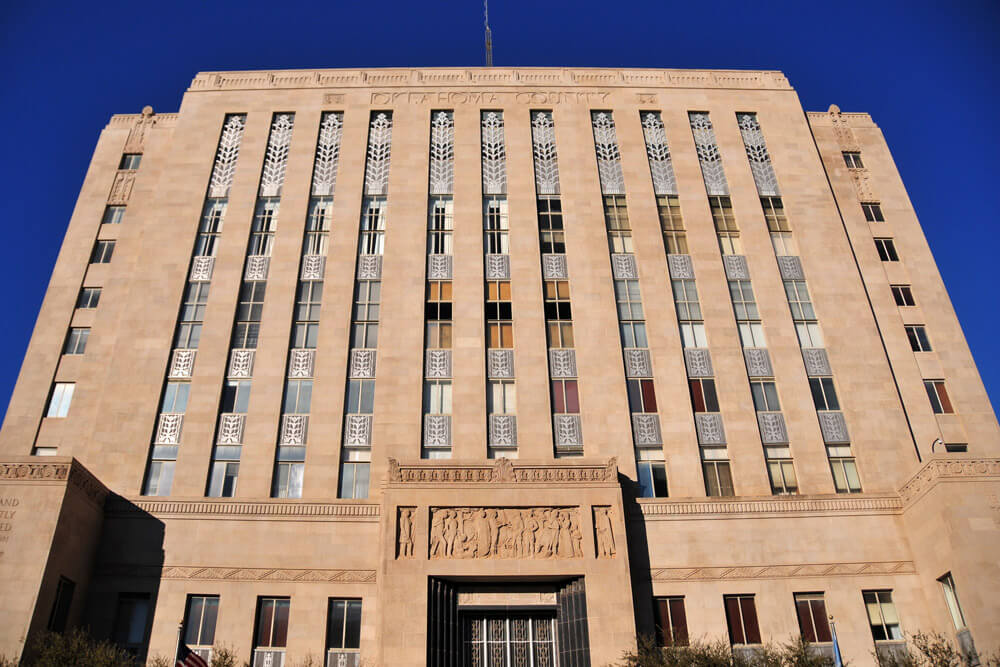