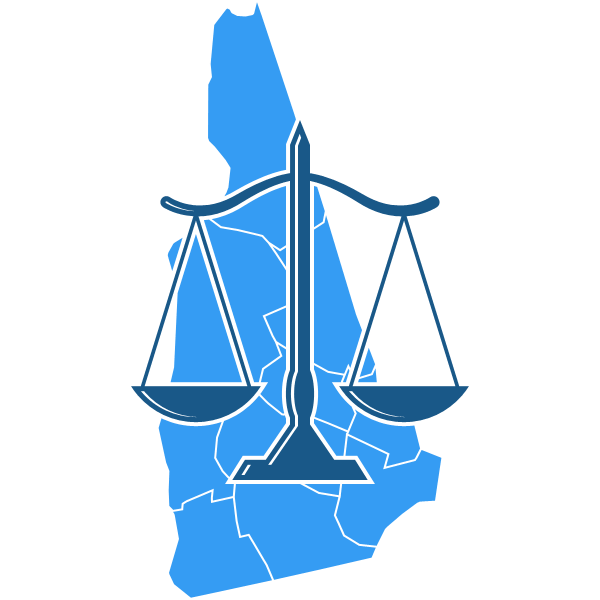 New Hampshire’s Court System is made up of a Supreme Court, Superior Courts, District Courts and then a Family Court Division and Probate Court Division of the Circuit Courts. The Supreme Court is the highest court in the state. The Court of Appeals is the intermediate appellate court. Superior Courts are the only jury trial courts for the state, and they handle criminal, civil, and domestic relations cases.

The Supreme Court has a Chief Justice and four Associate Justices. They are selected by the Governor of the state and then confirmed by the Executive Council. They serve lifetime terms but must retire at age 70. NH court system dates back to 1776 in colonial New England.

The entire judiciary branch is supported by the Administrative Office of the Courts (AOC) in a variety of ways including accounting, grants, administrative responsibilities, personnel, technology, and auditing.

New Hampshire’s judicial branch’s mission is “To preserve the rule of law and protect the rights and liberties guaranteed by the United States and NH Constitutions, the courts will provide accessible, prompt, and efficient forums for the fair and independent administration of justice, with respect for the dignity of all we serve.”

New Hampshire Court Records That are not Open to the Public

New Hampshire provides public access to most court records and case files. Along with a case management system online, they also have paper records at each courthouse. Courthouses keep a copy of records for two years for criminal cases and one for civil cases, and then they go into archives. Archived records are kept only for fifteen years before being destroyed. Any sealed records will not be available to the general public, or the media and someone must obtain a court order if they wish to view a sealed file. The federal government also demands that private information be removed from case files that are open to the public.

New Hampshire’s Judicial Branch website is well organized with a section that includes every form needed to file a case in court. They have them separated in terms of court type and then also provide an alphabetic list of each downloadable form as well. Additionally, the website offers information on filing fees for each case type and provides guides on how to file in each specific case. This state uses a system they call eCourt for e-filing in many types of cases such as small claims. They offer portals for both self-represented individuals and attorneys who are filing on behalf of their clients.

Someone can conduct a court records search privately without the need for permission or even a reason. Most court cases will be available except for those that have been sealed or kept confidential by a court order.

The number of criminal cases in New Hampshire courts counts to 45,621, with 14,848 felony cases and 30,773 misdemeanors accordingly.

New Hampshire Superior Courts are the general jurisdiction trial courts for the state and the only court where a jury hears trials. They handle both civil and criminal cases. There are 11 Superior Courts in the Granite State; one in each county except for Hillsborough County which has two. Superior Courts have 20 full-time judges, and they are appointed by the Governor and then approved by the Executive Council. They can hold office for their lifetime but must retire at the age of 70. Along with criminal and civil cases, the Superior Court also has exclusive jurisdiction over “petitions for injunctive relief, in which parties seek a court order to block action, appeals from zoning and planning board decisions, disputes over title to real estate and petitions to enforce contracts.”

New Hampshire’s Circuit Courts include three divisions, the first is District Courts who handle misdemeanors and motor vehicle offenses along with small claims, landlord-tenant issues, stalking and other civil actions. This state has 32 Circuit Court District Divisions across the state. Many of the cases in District Court are self-represented individuals, and therefore, the judicial branch website offers resources to help people navigate the court process. They provide forms, court assistance, and guidance (not legal advice), attorney lists, court locations, downloadable forms, and electronic means for filing.

Another division of the Circuit Courts in New Hampshire are Family Courts. These courts handle domestic relations issues including the following: “divorce/parenting action, child support, domestic violence petitions, guardianship of minors, termination of parental rights, abuse/neglect cases, children in need of services, juvenile delinquency, and some adoptions.” There are 28 Family Court locations here across the ten counties of: “Belknap, Carroll, Coos, Cheshire, Grafton, Hillsborough, Merrimack, Rockingham, Strafford, and Sullivan. Cases are assigned to court locations based on where the parties involved live.”

New Hampshire’s Probate Courts are a division of Circuit Courts that have jurisdiction over all matters related to probate including wills, trusts, estates, involuntary commitment of mentally ill persons, guardianships, adoptions, name changes and some partition of real estate cases. Probate Courts are located throughout ten counties in the state. Probate Court often uses mediation to resolve disputes at no cost to the participants. NH court staff provides a lot of support and resources for patrons of the court system. Along with forms and e-filing options, they connect litigants with attorneys and provide guides and tutorials to help. 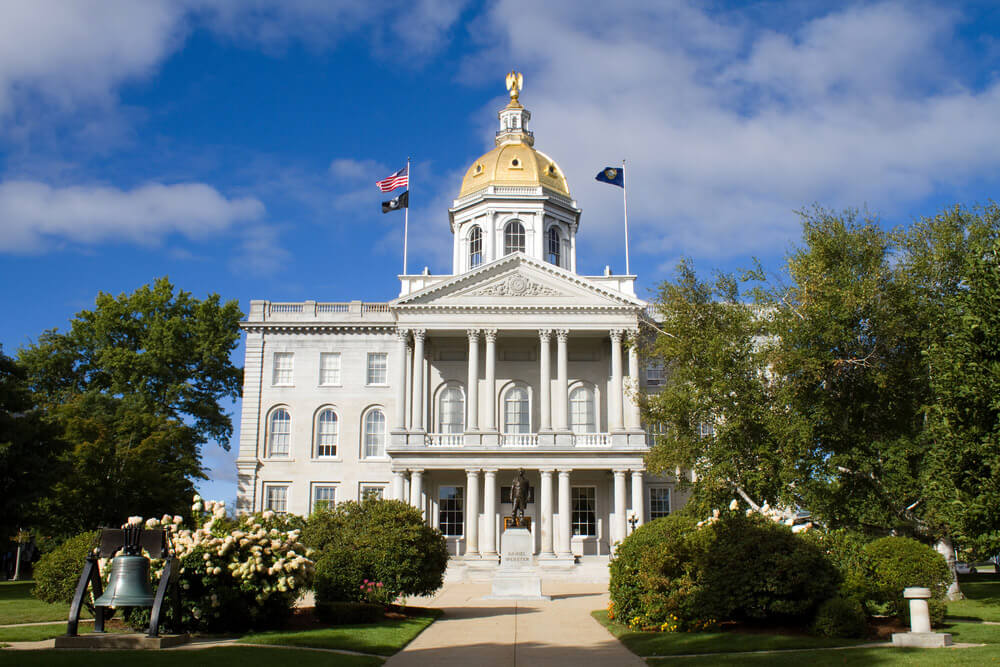