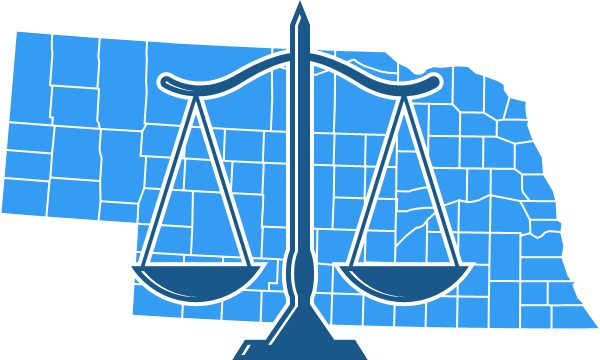 The Nebraska Court System contains a Supreme Court, Court of Appeals, District Courts and County Courts. Additionally, Nebraska has two divisions of County Court for special areas of expertise in its Juvenile Court and Workers’ Compensation Court. In some areas of the state, Nebraska also holds Drug Court and other problem-solving courts to assist offenders with rehabilitation and treatment along with serving justice.

The Supreme Court of Nebraska is the highest court in the state and hears all appeals regarding the death penalty, the sentence of life imprisonment, or constitutional questions. The Supreme Court also reviews some appeals that come from the Court of Appeals, but this is a rare occurrence.

The Nebraska Court of Appeals is the intermediate appellate court for the state and handles most appeals from the lower courts.

Nebraska Court Records That are not Open to the Public

Most Nebraska court records will be readily available to the general public. However, juvenile, sealed, or expunged records will not be open to review. Additionally, other non-public items such as social security numbers, family member’s names, and information about witnesses or victims will not be available. The federal government also stipulates that public court records may not contain private or sensitive information such as trade secrets, bank account details, children’s names, home addresses, tax IDs or other identifiers; these must be redacted from files before they are made public.

Nebraska’s Judicial Branch website has a detailed section on forms so that any self-represented individual or attorney could easily obtain the documents they needed to file a case in court. They have a search function but also list each form. They have a contact email address should anyone need a form not listed on the website. Nebraska also offers e-filing for some types of cases and individuals. Attorneys can obtain an account and use this function to file all the paperwork regularly for any of their cases. Patrons can also log in and pay fines, fees, and traffic tickets online through this website.

Enjoy instant free access to Nebraska court records from all types of courts in the state. It’s easy to look up cases online from Nebraska district courts, county courts, workers’ compensation court, and even drug court!

County Courts in Nebraska are the limited jurisdiction trial courts for the state. They handle guardianships, conservatorships, adoption, all small claims cases, and local ordinance violations. All juvenile matters are resolved in County Courts except in the counties of Douglas, Lancaster, and Sarpy where they have specific Juvenile Courts designed to handle these cases. These courts have concurrent jurisdiction with District Courts when involving civil cases of less than $53,000 and some divorce cases. They can also hold misdemeanor and felony preliminary hearings to determine if the law should proceed further.